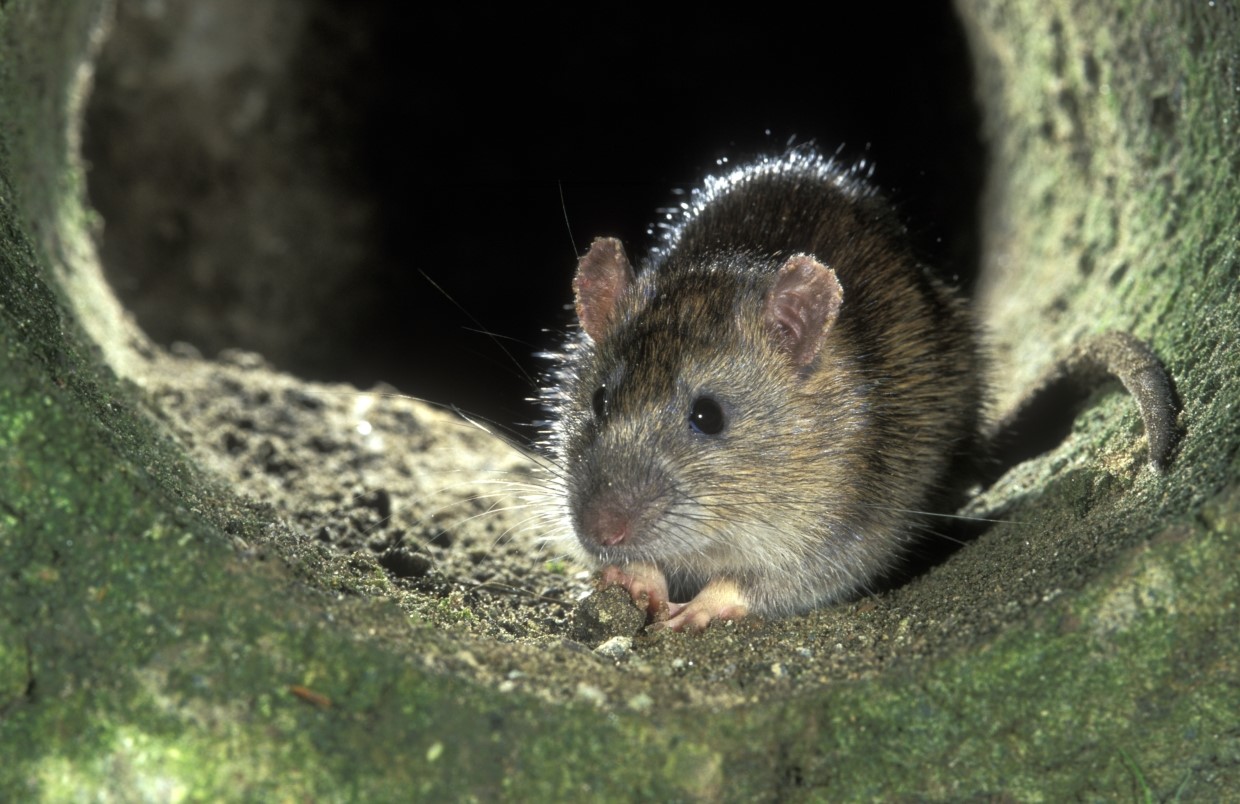 The brown rat (Rattus norvegicus) has developed from an Asian steppe inhabitant to a worldwide pest species relatively quickly. Due to its commensal lifestyle, it has benefited as a species from human success and therefore frequently causes
- feeding damage
- gnawing damage
- burrowing damage
- infections
- loss of biodiversity

In Flanders and the Brussels Capital Region, the brown rat is also controlled in order to avoid damage. For the past 20 years the public authorities, both at regional and provincial level, have received scientific support from INBO. In the past, work was carried out on, among other things
- the resistance to rat poison
- the terrain use of brown rat and the optimisation of the control
- comparative tests of rat poison and trap systems
- the rat as a pathogens reservoir
- secondary intoxication

The current cooperation agreement (2022-2025) has three main pillars:
- resistance to anticoagulant rodenticides
- cholicalciferol as an alternative rodenticide
- the development of a monitoring tool to map and follow up on control actions.

In addition to this specific research, we foresee space to respond to ad hoc questions.